Califari is on a mission to tell the story of the ever-expanding cannabis universe through art, both in the physical and virtual worlds.

Founded in 2015, the California-based company’s Global Artist Network makes cannabis strain art posters highlighting the personality and stories behind beloved cannabis strains. Hanging on walls across the U.S., from dispensaries and dorms to law firms, living rooms and pop-up art galleries, these posters offer people another way to engage with cannabis culture and celebrate the plant on a deeper level.

In an effort to connect with even more cannabis and art enthusiasts, Califari announced in an April 6 press release that they are partnering with Merida Capital Holdings to launch a new digital platform that uses non-fungible tokens, or NFTs, to create and distribute one-of-a-kind pieces of cannabis strain art.

“We basically want to extend the cannabis art experience as far as we can,” said Jason McHugh, Califari’s founder and CEO, in a phone interview with Cannabis Now. “That’s why we’re so excited about doing the NFTs.”

Simply put, NFTs are a type of cryptocurrency that are tied to digital assets, making it possible to own and sell digital art. Each digital token shows proof of ownership and authenticity. But Califari’s platform will be more than an online auction site – it will also offer cannabis brand development and gamification opportunities, where users can grow and breed their own digital cannabis.

“We’ll be creating our own trading card universe based on strain art. What’s extra exciting is that this will be a place where any cannabis brand can have a centralized place to do releases,” McHugh said. “The power of collaborative marketing is a big part of what we’re looking to do – to bring the digital art presence into the physical offerings of cannabis products that you would find in dispensaries.”

Jesse Barney, founder of Barney Design Co., a west-coast creative agency delivering design solutions to cannabis brands, affirms that NFTs are a strong outlet for independent artists trying to monetize on their creativity.

“It’s a very accessible currency that you can make yourself, and it’s 100 percent tradeable,” he said, adding that he thinks the trend is here to stay.

According to McHugh, the platform’s launch date is at least six months out, but Califari and Merida Capital are releasing five single-edition NFTs in the form of animated cards on 4/20: Grand Daddy Purple by Ron English; OG Kush by Jesse Hernandez; Sour Diesel by Matt Leunig; Northern Lights by Simon Haiduk; and Pineapple Express by KAM.

Named “The Genesis Series,” this initial release will take place on OpenSea, the world’s largest NFT marketplace. While a minimum bid has not been set, McHugh taps into the ethos of the cannabis community, saying it’s meant to be an inclusive experience.

“We want these to be open. We’re going to make it accessible so that anyone can buy these,” he said.

Merida Capital Holdings, a private equity firm that invests in growth drivers within the cannabis and hemp industries, is not only providing financial support, but also connecting Califari with their broad ecosystem of cannabis companies.

As cannabis strains advance beyond just Indicas and Sativas and become more complex in an effort to create specific effects, it’s only natural that cannabis strain art will evolve with this shift. But Barney addresses the digital token’s power in preserving the memory of legacy strains like Pineapple Express and Northern Lights.

“I appreciate that Califari and Merida are making this kind of effort to memorialize things in a new technology, he said. “That’s where NFTs really have an upside.” END_OF_DOCUMENT_TOKEN_TO_BE_REPLACED

In an environment where you don’t get attached much and the scenery changes fast, you start to experience that certain clear state of mind.

END_OF_DOCUMENT_TOKEN_TO_BE_REPLACED 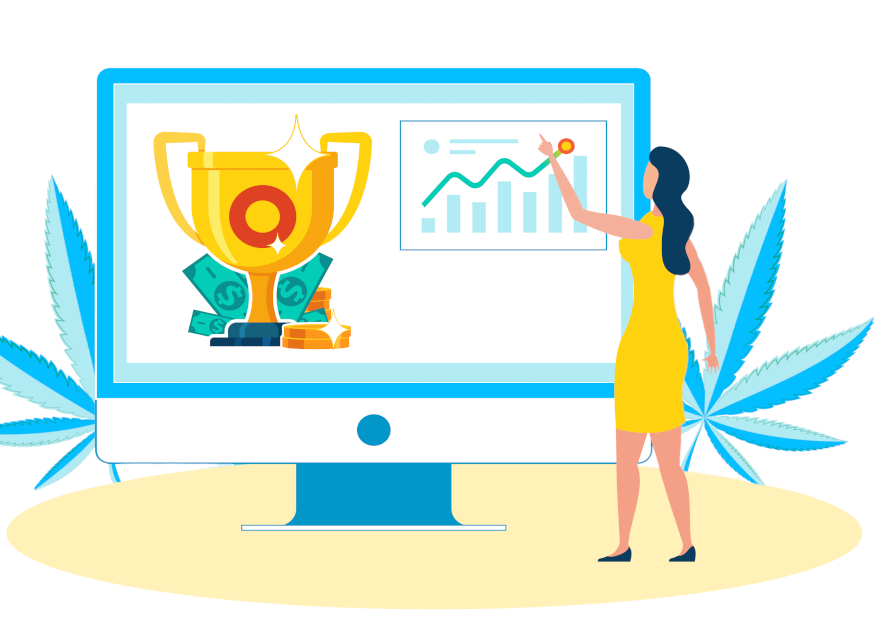 Try to feel the air of the “windy city” pressing against your face. Many of Chicago’s folklore traditional genres are tied to historical events

END_OF_DOCUMENT_TOKEN_TO_BE_REPLACED

Please verify your age to enter.